​Do You Listen to the Message or the Messenger? 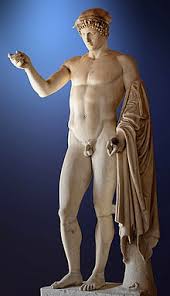 Hermes – Messenger of the Gods and Divine Trickster (Wiki)

It’s frustrating isn’t it when many of our own good ideas are not taken up until an outside consultant comes in and says the same thing. Then it’s the best idea since sliced bread! They just had to be dressed in a suit, carry a briefcase and come from out of town.

Or it’s probably even worse when the boss’s protégé says the same thing but gets listened to.

The reason this happens apparently is because we find it hard to separate the message from the person giving it.

Edward L Thorndike an American psychologist studied communication in firms in the 1920’s. He found that, when rating employees on different characteristics, say leadership and intelligence or dependability and decisiveness, managers tended to use their rating on one dimension to guide their rating on another unrelated one. So a weak leader was more likely to be rated as less intelligent. This is widely termed ‘the halo effect’.

In effect there are just two types of employees: good and bad!

Later, in 1946, a Polish-born psychologist Solomon Asch found that individuals form impressions of one another from early or initial information. First impressions were established as more important than subsequent impressions. We either continue to look at others through rose-coloured or grey-coloured lenses. And see what we expect to see!

In this fast-paced, data-saturated world it is increasingly easy to fall into the trap of assuming a person talented in one aspect of work is equally good in another. Clearly this defies logic.

It happens in politics as well. A politician tainted by a failed policy will probably find it harder to have future ideas listened to.

Savvy parents will recognise this situation. Their offspring might not listen to them but might listen to their best friend. Or even better the cute boy or girl next door they have a crush on!

So what’s the lesson? It’s this. Even if you have the best idea, you may not be the best person to present it.

This entry was posted in Coaching and Training, Leadership and Management and tagged Edward L Thorndike, Hermes, message or messenger, solomon Asch. Bookmark the permalink.