Managing Generation Y – What Works and What Doesn’t! 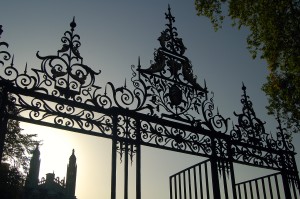 Managing the new generation of talent clearly isn’t easy in law firms. Are law firms getting it right with this new Gen Y and their different values?  Our work in Sherwood PSF Consulting shows vast differences between firms in performance at 2 year pqe levels. What are some firms doing right?

What do the Gen Y  lawyers need, or seek, from their bosses to allow their talents to flourish? This was the question put to a group of talented young people at a conference at Clare College, organised and chaired by Dennis Sherwood, MD of the Silver Bullet Machine Manufacturing Company.

Talent is a characteristic that almost always manifests itself in the young. Creative talent, especially, is closely associated with youth. The Mozarts – those who display truly exceptional talent as children – are just that, truly exceptional. But there is a wealth of evidence that talent flourishes during people’s twenties: Einstein was 26 when his landmark papers of 1905 were published; Jane Austen wrote Pride and Prejudice when she was 21; Picasso painted his ground-breaking Les Demoiselles d’Avignon when he was 26; Orson Welles was 26 when Citizen Kane was released; Igor Stravinsky was 30 when The Rite of Spring caused a riot in Paris; Richard Branson started Virgin Records at age 22; Michael Heseltine was 25 when he founded Cornmarket Publishing, later rebranded as Haymarket.

These days, most people in their mid-twenties are just a few years out of university and professional training, right at the start of their careers. If it is this age group that has the talent, what conditions do they need for that talent to flourish? That’s exactly what a syndicate – which included some very lively young delegates – explored at the Clare Conference…

“It’s a total pain to be managed…I don’t want to be told what to do because I might as well be a robot and there’s no thought in that…and if someone holds my hand too much, I don’t really learn.”

Hmm… How might you, as a boss, react to hearing that?  And if you are a boss, how do you really know what your young, talented people are thinking? What a great way to begin our discussion…

But why should youth be the central feature of the discussion? Surely older people are talented too? And doesn’t their talent need to be encouraged in the same way? Well, there are some important differences:

So young people are indeed different from older people, and need to be ‘managed’ accordingly.

What a wise manager should do, and should not to do

The group of Gen Y people at the conference agreed on the following:

What happens when young people make a mistake, fail? To a young person, even the smallest error can appear to be a catastrophe, driving a crisis of confidence, which is all the more damaging if they get the blame, rather than their manager. Older people know that they can recover (one would hope so!); and an older, more experienced, person might have the foresight to see trouble coming, and also the confidence to say “I need help here” or “that job’s just not doable to the right quality in that timescale”.

There is a really difficult barrier for a less experienced person to overcome here: younger people are less likely to spot problems in advance, and, when problems do arise, they can be troubled by the anxiety of not knowing if it is OK to ask for help, or by the fear of potentially appearing to be incompetent.

Other aspects of the relationship are important too. More experienced people are role models for behaviour. Watching good performers is a good way of learning. And although young people don’t want to be treated with kid gloves, there needs to be good, trusting two-way communication, and not just on what is going well. Young people respect behaviour which counsels rather than lectures, is clear not woolly, and doesn’t patronise by ever saying “when I was your age…”.

Feedback is one of the most important channels of two-way communication. Here are some more tips:

Is recognition the same for Gen Y as for older people? Perhaps things appear to be more profound when you are younger; if you’re not getting regular, or indeed any, feedback, you feel uncertain and frustrated, and this usually leads to a situation in which you convince yourself that “I must be performing badly – if I wasn’t, surely they’d say ‘well done’ from time to time…”.

This, of course, depresses motivation and can soon become a self-fulfilling prophecy in which everyone loses. Getting recognition from your boss is great; getting it from the boss’s boss is even better. All of which implies that the boss needs to be a special kind of person who feels pretty secure with him or herself, and unthreatened.

Incentives need to be structured around giving maximum job satisfaction, and providing opportunities for the younger person to develop through interesting work, as well as by taking on increasing levels of responsibility as soon it can be taken. Being in a meritocracy is a key incentive.

Promotion is sometimes the only reward, but this needs to be done in such a way as to recognise technical expertise, and perhaps the desire to continue using that expertise. As an example, it clearly doesn’t make sense to promote your best technical lawyer to management roles, thereby promoting them away from the things that they love doing.

The group of talented Gen Y’s at the conference agreed on the following:

…but if blame is appropriate, make absolutely sure the blame falls in the right place: manipulative managers can be very clever in making scapegoats out of their junior staff.

Clearly, there are many aspects of good management practice that apply equally to older and younger members of the team. But it appears that it’s particularly important when working with younger talent to create an environment that truly encourages learning and doesn’t stifle motivation.